The Holy 7 of Tulu Nadu 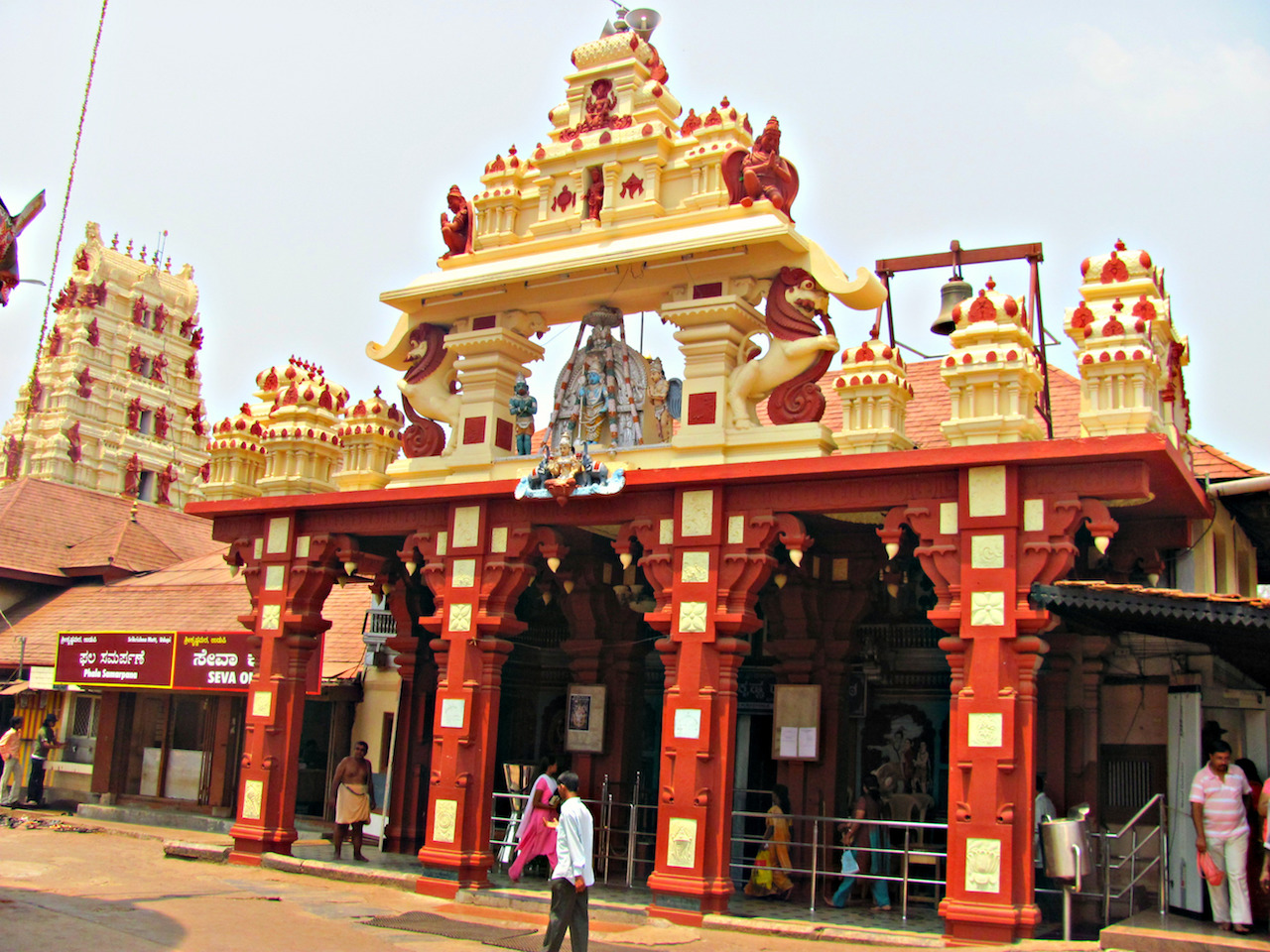 Tulu Nadu lies on the Konkan coast and the region is spread over parts of Kerala and Karnataka. It is the strip between Gokarna in Karnataka and Payaswini in Kerala. Tulu Nadu is a land comprising of seven holy places which are a must-visit pilgrimage destinations.

Called ‘Odipu’ in Tulu, Udupi is famous for its age old temples. The famous Shri Krishna Temple is the most visited temple in Udupi. The other temples thronged by devotees are Sri Anantheshwara temple, Kadiyali Temple, Ambalpady temple, Kapu temple, Kunjaru, Mulki, Pajaka and many more. Almost all the temples have tanks. The rippling waters of the tank, the fragrance of sandalwood, Tulasi (basil) and camphor, the glow of the oil lamps and the Aarthis is the trademark of the temples of Udupi. For the moments you spend there you are in a surreal world of divine bliss.

Popular for sacred activities like Vedabhyasa, homas and meditation, Kumbhasi houses the temple of Anegudda. The Elephant God Ganesha is on top of a hill and is renowned for fulfilling the wishes of devotees.

Subramanya in SulliaTaluk in Dakshina Kannada is the home to the Kukke Subramanya Temple. The main deity of the temple is God Subramanya. The temple is also an abode to nagas and pooja is offered to the Lord along with serpent king Vasuki. Elaborate rituals for doing away with ‘nagadoshas’ are done by devotees here. The temple with its natural surroundings of rivers, forests and mountains is God’s testament of pristine beauty.

Located in the mountain ranges of Sahyadris, Shankaranarayana is a temple with a rare deity. The idols of Shankara and Narayana are merged together and worshipped here. The idol which is called Udbhava Linga is one foot below the ground inside the ‘garbagudi’ (shrine). Devotees can only see the mirror image. The Udbhava Linga is always surrounded by water all through the year and this holy water is called SuddamritaTheertha.

The Mookambika Temple dedicated to Goddess Parvathi in Kolur is considered to be a manifestation of Saraswati, Shakthi and Mahalakshmi. It is believed to be created by Parashurama and is in the form of Jyotir-Linga. The temple is in the peak of Kodachari in the Western Ghats,on the banks of the ever flowing River Sauparnikaand nature’s bounty is seen everywhere.

Koteshwarahas the Kotinatha Temple with Shiva Linga as the main shrine. Other smaller shrines of Ganapathi, Subramanya, Jyeshta Lakshmi, Gopalakrishna, Mahishasuramardhini and Saptamatrikas are also found. The lake that is adjacent to the temple is much bigger than the main temple.

Earning its name from ‘Go’ meaning cow and ‘Karna’ meaning ear, Gokarna in North Karnataka is believed to be formed at the confluence of two rivers, Agnashini and Gangavali in the shape of a cow’s ear. The Mahabaleshwara Temple is the one which attracts pilgrims as it houses the Atmalinga which was given by Lord Shiva to Ravana. Gokarna is also extremely popular for its beautiful beaches.

Also known as Parashurama Kshetra, these seven holy places are compared with the seven of Rama Kshetra; Ayodhya, Mathura, Maya, Kashi, Kanchi, Avanthika and Puri. This fact alone makes it one religious trip you must venture on.