6 abodes of Muruga, the Tamizh Deity 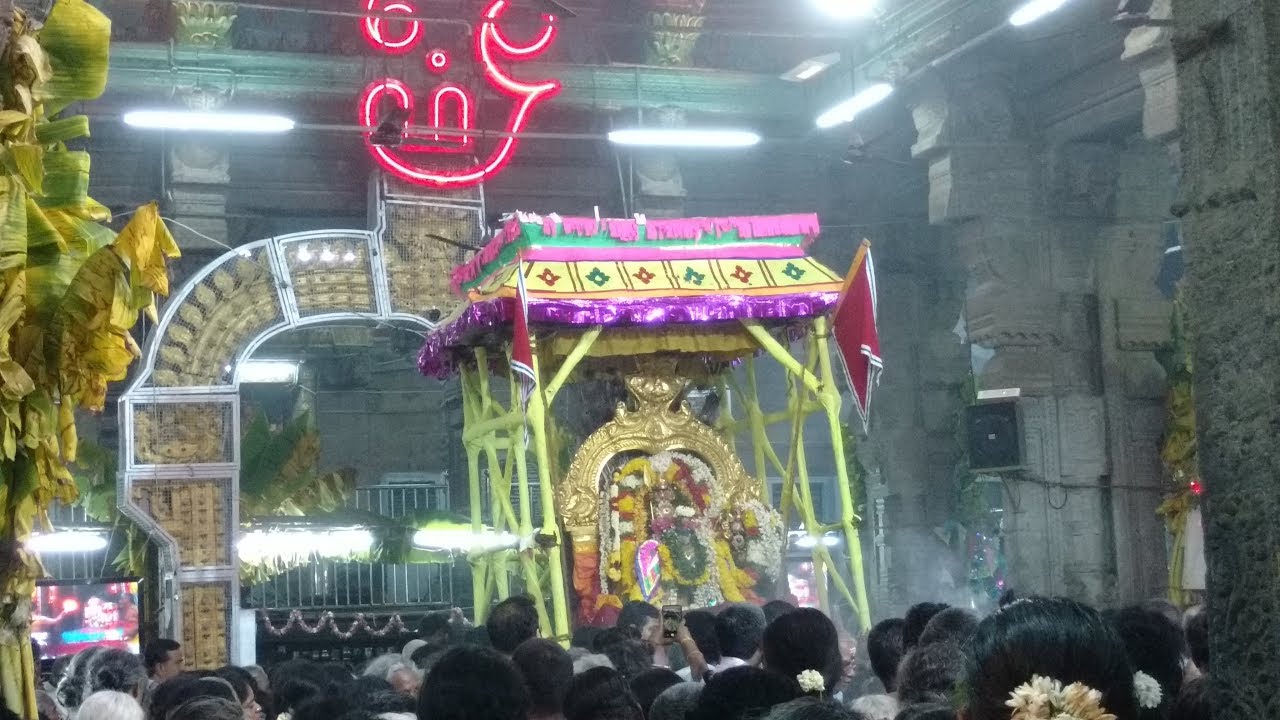 Lord Muruga (Subrahmanya/Karthikeya), son of Shiva and Parvathi and brother of Lord Ganesha (elephant-headed god) is worshiped in Tamil Nadu as the patron deity of Tamizh language. He has six special temples dedicated to him called Aaru Padai Veedu.Thse temples are six camps associated with Muruga’s role as Commander-in-chief of the army of the gods.

References to these temples are found in many ancient Tamizh literatures like Silapathikaram. Thirumurugatupadai – sung by the Tamizh saint poet Nakkeerar in 1st century CE – gives prominence to each temple. It also reveal that all these temples were well established even during the Sangam age from 1st to 3rd century CE. It has also been praised by Saint Arunagirinathar in his Thiruppugazh and in Kandar Alankaram.

The first among the six temples of Lord Muruga, Subramaniam Temple at Tirupparunkunram situated 9.5 kms south of Madurai is an ancient shrine dating back to the 2nd century BCE. Legend says that Lord Muruga wed Deyvayanai, daughter of Indra in this temple. This was after Karthikeya’s victory over the demon Soorapadman and the asuras.

The temple is built on the northern side of the hill at an elevation of about 300 feet from the foot of the hill. It has a 150 foot tall gopuram of seven tiers over the entrance. The main sanctum carved into the rock enshrines a well chiseled form of the Lord. Hollowed within the rock, you can find many mandapams with carved pillars, platforms, and other shrines with decorative relief and carvings on all surfaces. All abishekams are performed to the Vel in the main sanctum.

In this temple, unlike the other five, the deity is shown sitting in the kalyanakolam (auspicious/wedding form) with his consort Deivanai.

ArulmiguSubrahmanya Swami Tirukkoil or Thiruchendur Murugan Kovil (temple) is a popular pilgrimage destination situated in the Gulf of Mannar.Second abode in importance among the six homes and unlikethe other five temples situated on hilltops, this abode is on the seashore towards the tip of South India. Thiruchendur, is the Tamil name given to this place due to the abundance of sandalwood paste used in this temple.

It is said that Lord Muruga had set up his army camp in this place during his war against the demon Surapadman.‘Tiruchentil’ means the House of Victory and this is the ‘ooru’ or town in which Muruga’s victory is celebrated! Thiruchendur, the place of ‘chen’—sandalwood paste,is also known as Thirucheeralaivai, Jayanthipuram, ThirubhuvanaMadevi and SathurvediMangalam. The deity is called by different names like Senthilandavan, Senthilkumar in this temple.

The northern and eastern temple walls are washed by the dashing waves of the Gulf of Mannar. The origin of TiruchendurMurugan Temple is not known though the nucleus of the structure is said to have been here for more than 2,000 years as reported by the Tamil Classics. This temple is famous for the ‘Panneer-ilaiVibhuti’, the ash from a herbal leaf. Sri Adi Shankaracharyapraised it and said that just the sight of this sacred ash can cure many diseases.

The temple town of Palani features Karthikeya as a little lad. When the prize mango was given away to Ganesha, Murugabecame annoyed with his parents and came here to sit on top of this hill called TiruAvinankudi at the foot of the Sivagiri Hill. Siva pacified Subrahmanya saying that he was the fruit—pazham—of all wisdom and knowledge; and nee means you. Hence the place was called ‘Pazham Nee’ or Palani.

You had to originally climb many steps to reach the temple and old and infirm people had to be carried by ‘doli’s’ by two sets of porters changing midway at 225 feet height. Today winches carry pilgrims up and down simultaneously.

On the way to Tirupathi from Chennai, to the left of the road you can see Tiruttani (Thiruttani) perched on a rock with its atypical vibrant red and white stripes on the walls.

The word Tiruttani comes from Tirutanikai meaning place of propitiation. (Tamil: Thiru-lord; thanigai-propitiate/cooling down). Muruga’s righteous indignation for the cruelty of the asuras (demons) to all creatures set him against the evil forces in various battles. It is said that his anger cooled down at this place and so it is also known as Shantipuri (abode of peace).

This 2000 year oldtemple is perched on top of a single rock, 700 feet above sea level. Lord Muruga came to rest here after destroying the demon Surapadman. Here Lord Muruga married his second consort, the gypsy girl Valli. The temple can be accessed by a hill road or through a flight of 365 steps, representing the days of the year, that lead up to the shrine.

The son became his father’steacher in this temple near Kumbakonam. Swamimalai meaning ‘God’s hill’, is an artificially made hill temple called ‘Kattu(built) Malai’.Another very important feature is that there are sixty well-laid steps leading to the temple top. These sixty steps represent the sixty years that constitutes a century in the Hindu calendar.

The temple is on the banks of River Cauvery on the road connecting Kumbakonam to Thiruvaiyaru. In this shrine, Lord Muruga is also known as Swaminathan and ‘Thagappan Swami’ meaning Lord of Shiva, his father.

Swamimalai is world famous for its school that teaches the ancient craft of making bronze icons.

The last temple of the six, this Muruga temple is perched on top of a hill amidst dense forests about 16 kms north of Madurai.It is the only one where Muruga can be seen with both his consorts, Valli and Devayani. Lord Muruga at Pazhamudircholai has been praised in old Tamil literature like the Silappathikaram, Ettuthokai and Pattupattu.

Local tribes continue to lead their traditional lives on this fertile hill with its natural springs and herbs. Even today, the place is very fertile with many trees and different flora and fauna reflecting the vivid description of the place’s natural beauty found in Tirumurugattruppadai of Nakkeerar, the Tamil saint.

The great Tamil saint poetess, Avvaiyar, was given fruit by the little lad Muruga and taught an important lesson in the semantics of Tamizh language

There are 33 Murugan temples in Tamil Nadu. The Tirupporur temple, 45 Km from Chennai, is an ancient temple built during the reign of the Pallava rulers. 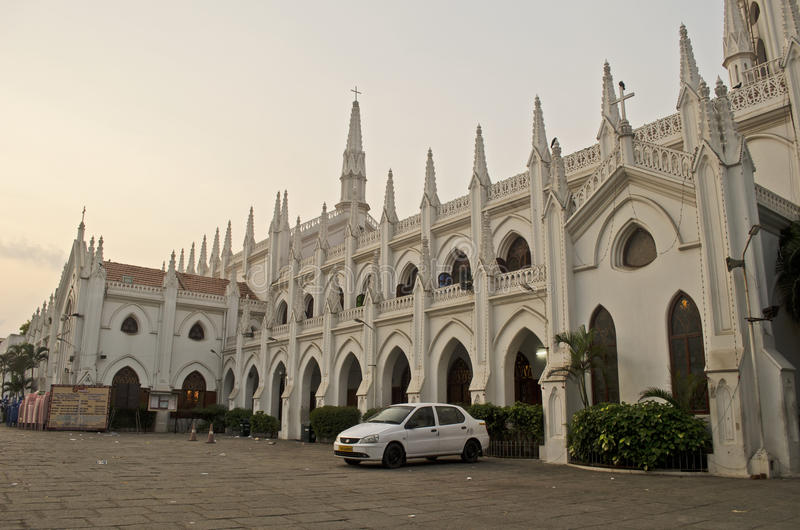