Most Amazing Places to Explore in Dubai at Night 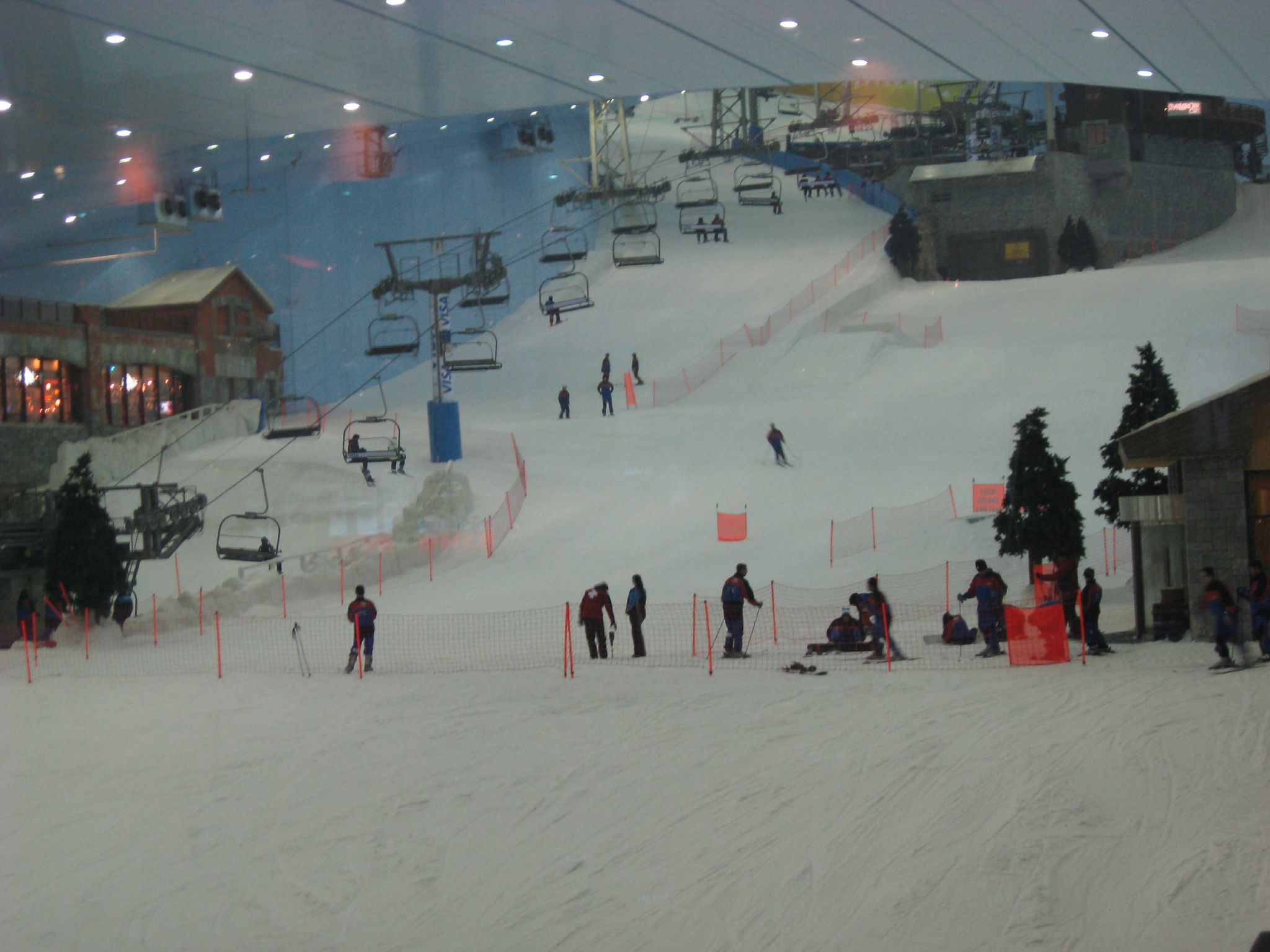 Dubai has emerged from the sand in a few years and is now one of the largest cities in the United Arab Emirates. It is a big city with many attractions to discover and must-see places to visit on the shores of the Persian Gulf. Dubai does not have many bars and has no nightclubs.

Here’s a glimpse of Dubai tourist attractions, during the evening.

Not the first city that comes to mind as a ski destination, Dubai offers a break from the heat and dust of the desert with the first indoor ski center in the Middle East. If you want to see the desert and go skiing do not miss Ski Dubai, a huge ski slope located in the Mall of the Emirates on the marina side, at the end of the city, near the Burj Al Arab. It’s a bit of a shock to move from desert heat to sub-zero temperatures. Ski instructors can help you, or you can try yourself.

There is even a café-bar in the middle of the track, as in the mountains so you can take a break. You can rent all the necessary equipment and clothing, so no need to bring your skis. Ski Dubai is the principal among Dubai tourist attractions.

Open from 6 pm to 11 pm it is a magical show, exciting and free, essential when you go sightseeing in Dubai and one of the chief Dubai tourist attractions. If you’ve been to Las Vegas before, you may have already seen the Bellagio Fountains but at Dubai, it is bigger and better than at Bellagio.

The fountains are at the foot of the Burj Khalifa and the Dubai Mall, the largest mall in the world. There are many restaurants next to the fountains and it is better to book in one of them and eat on the terrace in winter to admire the fountains in their fine splendor.

Go to Dubai and not go shopping? Depending on your budget, you can choose between the hundreds of stores in Dubai Mall, the largest shopping center in the world that also has an ice rink and an aquarium  or lose yourself in the souks of Old Dubai, where you have to negotiate to make good deals, between jewelry, fabrics, and spices. Do not miss to buy saffron, which is cheap in Dubai. There are also “souks” in other parts of the city but these are ultra-modern and ultra-clean and are “souks” only name such as the Souk Madinat Jumeirah. Dubai mall is the main Dubai tourist attraction.

• Dinner on the water

If you want to have a good time and eat one night in Dubai, you can choose to dine on a boat and discover Dubai from the waters while enjoying an all-you-can-eat buffet (without alcohol of course).

Quiet and pleasant, it is possible every day and the departure is at 5:00 PM for a return at 8:30 PM. You will have a magnificent view of the Burj Al Arab, but also on the site of Palm Jumeirah. For the fare, you need about $ 50 per person, but with that, you will have a dinner cruise on a beautiful yacht and a buffet with non-alcoholic drinks.

How to Spend Two Days in Abu Dhabi 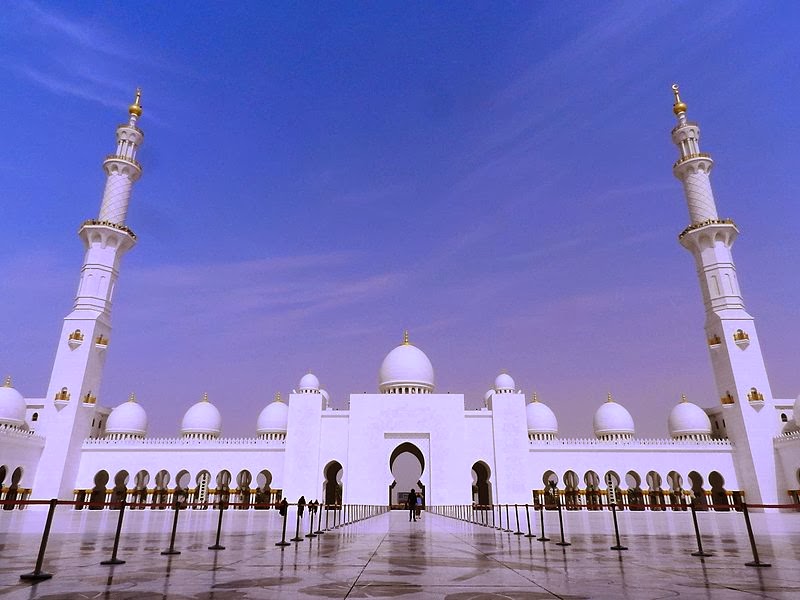 To experience the United Arab Emirates in the most authentic way, you absolutely must not miss Abu Dhabi, the fascinating capital of the country.
Abu Dhabi is not only the capital of the United Arab Emirates but it is also the largest of the seven emirates. Its name means in Arabic. The father of the gazelle, in reference to the abundance of gazelles that once lived on these islands. The two cities have huge skyscrapers and beautiful beaches in town, but seeing one of them does not mean you have to miss out on here. Abu Dhabi attractions are listed below

The Sheikh Zayed Grand Mosque is a monument which never fails to impress with its sheer size. It is the most spectacular among Abu Dhabi attractions. Open to all, the Great Mosque is the eighth largest mosque in the world and has 24-carat gold plated candlesticks, the largest handmade rug in the world and 82 domes supported by more than 1,000 columns. Both men and women should cover their shoulders and knees. Men may be required to wear a gandoura and women must wear a hijab and an abaya to enter the mosque.

Saadiyat Island is located just 10 minutes from downtown Abu Dhabi. Still, in progress, the island is destined to become the beating lung of the emirate and also an important cultural and artistic center which will be the principal among Abu Dhabi attractions. The island as a whole will not be completed until 2020, however, the Louvre Abu Dhabi, which has opened, already attracts crowds. Designed by the French architect Jean Nouvel, the museum tells the story of humanity through an exhibition of 600 works of art and objects from around the world. Starting in 2018, three hundred works will be exhibited in turn in four temporary annual exhibitions organized by 13 French partner museums.

The island of Saadiyat will also house a multitude of residences, shops, and recreational sites. In addition to the Louvre, seven other museums designed by renowned architects are being created. A Guggenheim Abu Dhabi designed by Frank Gehry is planned in the same way as the Zayed National Museum. Both are being constructed.

Located east of Abu Dhabi, Al-Ain is the historic seat of the Sheiks. It is commonly referred to as the Garden City because of its lush vegetation. The Oasis Al-Ain, which covers more than 1,200 hectares and contains more than 147,000 date palms, is considered the main tourist heritage of the Emirates and is a UNESCO World Heritage Site.

Visiting the Al Ain National Museum and the Sheikh Zayed Palace Museum is a must as well as the Camel Race Track and the Camel Market.

One of the main Abu Dhabi attractions is Ferrari World, the world’s first theme park dedicated to Ferrari. It is home to the world’s fastest roller coaster, which reaches a speed of 120km/h in a 52-meter loop. The Yas Marina Formula 1 circuit, right next door, is a must for fans of speed.

If you feel like a Formula One driver get ready to race around at the wheel of a real race car. In Abu Dhabi, it is possible to drive an Aston Martin GT4 or a Jaguar F-Type or a Chevrolet Camaro Drag.