7 Beaches in the South Canara’s Coastline 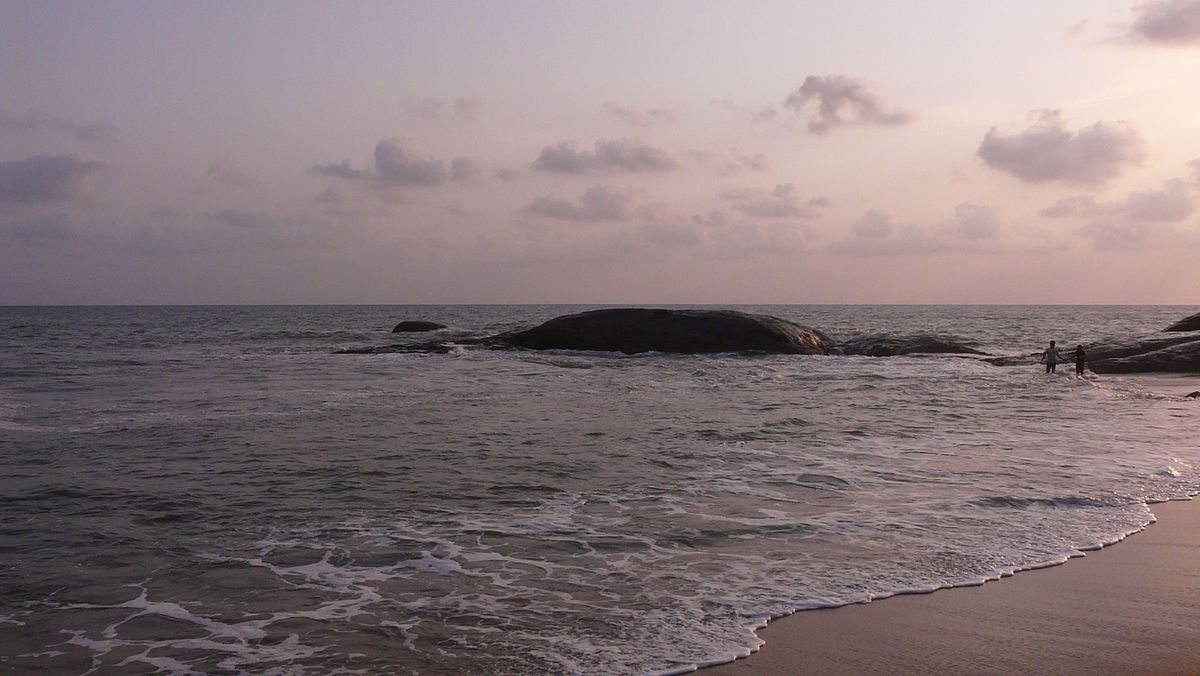 Besides innumerable temples, scenic landscapes and delectable cuisine, Dakshina Karnataka or South Canara, is popular for its spectacular coastline and beaches. Some of the more popular beaches you should not miss when in the zone are:

Situated around nine kilometres to the south of Mangalore, Someshwara Beach is renowned for the large rocks termed ‘RudraShile’. Swimming in this beach is avoidable as the waves are fierce but the sea breeze and the sight of the blue sea make for an unforgettable experience.

At a distance of about 12 kilometres from Mangalore, the picturesque Ullal Beach has a lovely stretch of coconut trees, casuarinas groves and a fishermen’s lane. The blue and green waters is ideal for swimming and playing in the waves. Water sports can also be indulged in.

Around 13 kilometres from Mangalore, Panambur Beach is named after the trading port nearby as trade means ‘Panam’ or money. The beach is adjacent to the Gurupu River and is one of the cleanest and well maintained beaches of the coast. The beach is a favourite with children because of camel rides and carnivals besides boat rides. Contests like kite flying and sand sculpturing are held during the kite season.

This beach is around 20 kilometres from Mangalore. Another well maintained beach, an attraction that stands out here is the lighthouse erected on a rocky hillock.

Known for its scenic beauty Sasihithlu Beach is around 22 kilometres from Mangalore. With its pristine sands and the spectacular sight of the island ‘Munda’ which is surrounded by two rivers, Shambhave and Nandini on one side and the Arabian Sea on the other, this Beach is a fine example of Nature’s bounty.

One among the major beaches in the Mangalore-Udupi stretch, this beach has golden sands. This is another beach with a lighthouse. Tourists flock to the lighthouse for the views of the sea and surrounding areas from the top and are feel mesmerized by them.

With three rocky islands and green palm trees, this beach seems endless. Many activities like boating, fishing and sea surfing are also featured to attract tourists.

The next popular attraction of Thanjavur we visited was the Thanjavur Royal Palace. We were in time when the palace issued tickets for the afternoon session at 1.30 p.m. Once you enter the palace there are two more tickets to be bought for different sections.

The bit of research I had done on this monument revealed that the Thanjavur Royal Palace was originally constructed by the Nayaks and then by the Maratha dynasty.

We first turned towards theMaratha Durbar Hall where the Maratha rulers held court/ durbar. A huge Thanjavur doll which is a pride artefact of Thanjavur is present at the entrance. The hall is full of colourful murals and has portraits of the rulers behind the dais.

To the right of the durbar hall is a museum with a scattering of relics like swords, daggers, chests, bells and also the ancient kitchen inhabitants like different types of pestels, pounders and grinders all mostly made of stone.

We were taken on a virtual tour of Thanjavur and nearby attractions in an air conditioned theatre and we learnt about many of the wonders and rich ancestral heritage of Tamil Nadu.

We visited the Nayak Courtyard leading to the Arsenal Tower. A gramaudyog shop was present selling the local artefacts. I picked up a Thanjavur doll for my daughter preferring to buy at this government run shop at a fixed price than bargain with the vendors selling them on their carts. Many of the dolls kept for golu in our houses are available and since the artists are from Thanjavur, the cost is definitely lower than what we get at our metros.

We were unfortunate because we could not visit the Saraswathi Mahal Library Museum and the Arsenal Tower. This tower has a vantage point of the Vijayanagar Fort Complex as well as the Gopuram and Vimana of the Brihadeshwar Temple. The Tower was used as a watch tower by the kings.

Now we had to listen to our grumbling tummies and think about having lunch. After a fulfilling meal, we proceeded back to Swamimalai. About nine kilometres from Swamimalai, we stopped at Papanasam Village and visited the Papanasam Temple enshrining the idol of Papavinaseswarar. Constructed during the Pandya period, the temple has 108 lingams.

Returning to our resort we spent a pleasant evening. Bharatnatyam performances were held as part of the evening entertainment which we all enjoyed.

The next morning we set off on our journey back to Chennai. We visited Uppiliappan Temple which is around 15 kilometres from Swamimalai. Home to Lord Vishnu, belief has it that the Lord arrived at Uppiliappan before the Lord of the Seven Hills at Tirupathi. So He is regarded as the elder brother. The deity of Vishnu resembles that of Lord Venkateshwara in Tirupathi.

Following the same Trichy-Chennai Highway Route we were back in Chennai by 4 p.m. 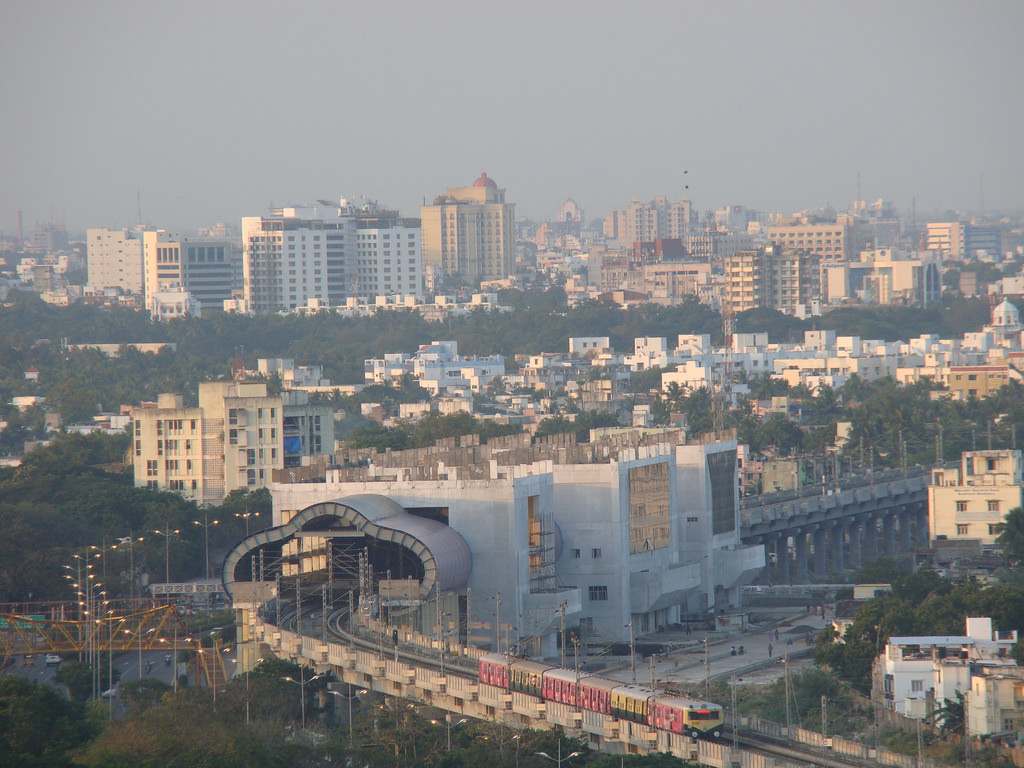 ‘Shall we plan a trip to a neighbouring country this long weekend? I suppose I can take an extra day’s leave….,’ my hubby’s mind started to explore the foreign trip possibilities.

‘Why don’t we look at some places closer home? We have so many places yet to visit and see,’ I suggested and my children seconded it. We decided to go south of Chennai and zeroed in on Swamimalai in Kumbakonam district as our base to explore some parts of the region.

A frequent visitor suggested we take the Chennai-Trichy Highway route and we set off early Saturday morning. After a two hour drive, we stopped at a highway restaurant for breakfast. Just before Swamimalai at Jayamkondam, we turned to visit Gangai Konda Cholapuram temple. Rajendra Chola, built this temple to replicate the Brihadeshwara temple in Tanjavur built by his father RajarajaChola. This temple has the biggest Shivalingam in South India. The entrance of the sanctum has a beautiful image of Goddess Saraswathi. The icons of Suryapita and the Navagrahas depict the influence of the Chalukyas as well.

We reached Swamimalai at 2 p.m. After a refreshing lunch of the delectable local cuisine we headed to Swamimalai temple at 5 p.m. Lord Muruga here is called ‘Swaminatha Swami’, meaning ‘The Teacher of Shiva’ as he taught the Pranava Mantra, Aum, to Shiva. Shiva became the student and Muruga the teacher, hence Shiva’s shrine is at the foothill along with a shrine of Parvathi and Muruga’s is atop the hill which is an artificial one. The entire structure is indoors. Built by the Cholas the temple exists from the Sangam Period.

After prostrating before Shiva and Parvathi we went up the sixty steps leading to the deity of Muruga. Swamimalai is one of the six main abodes of Muruga. Fortunately for us the Maha Puja took place when we visited the temple at 6 p.m. and we returned feeling blessed at witnessing the Lord and His puja.

We retired early that night as we planned to hit the road to Thanjavur the next day.

The next morning after a sumptuous breakfast with many local dishes on the menu, we headed to Thanjavur which is about an hour’s drive from Swamimalai.

First on our list was Brihadeshwar Temple which is more popularly called as the Big Temple. The very first sight of the temple had us awed. The only thought that ran in our head was we had never seen any temple of this magnitude, either in size or area. The exterior of the temple complex is built like a fortress.

Leaving our foot wear at the entrance and having to walk a considerable distance proved challenging as the weather was so hot although it was October. We ran the distance trying to step on mats provided at scattering distances in the premises and managed to climb up the steps leading to the exterior of the temple sanctum before our blistering feet cried out in protest.

Facing the deity was a massive idol of Nandi which is estimated to weigh 25 tons and is 3.6 metres tall. The Nandi is seated in a separate ‘NayakMandapam’ has some intricately done carvings. Portraits of the early Nayak rulers can be seen on the front pillars.

The deity of Shiva Linga is 2.7 metres high and around seven metres in diameter. The inner sanctum is cool with breeze wafting in through the windows. While waiting to see the deity we admired the architecture which is in the Dravidian style and is in granite. The frescoes of Cholas, portraying Shiva in many actions givesus a peek into the mythological stories of Shiva and the Asuras or demons. The temple also has statues of Ashtadikpalakas or the eight guardians of directions.

After the darshan, we walked around in the cooler parts of the temple grounds and were awestruck by the intricate architecture of the Cholas.

The architects were so clever with their calculations and the very fact that the Vimana, which is the tower above the sanctum, is built at such an angle that its shadow never falls outside itself, is a testimony to their skills! It is the tallest in the South of India at 60 metres. The Shikharam, a tower like crown, is also said to be carved out of a single stone and weighs about 81.25 tons.

It was difficult to leave this imposing structure as there was so much more to see and discover. But a feeling of deep pride for our history, culture and traditions also existed and we walked out with heads held high and many pictures to recollect this wonderful trip.