Our mind-map of Goa freezes on its beaches … a cliché committed by the Western yearning for sun and sand. However, there is a wonderful landscape in Goa’s interior, populated by interesting characters, a rich and vibrant culture and a gastronomic tradition that is a cuisine with many flavors and cooking techniques.

Let’s start with the oldest Latin quarter Fontainhas in Panjim or Panaji. It lies at the foot of the Altinho hills with springs on the west side, which give it the name Fontainhas. To the east is the ancient Ourem Creek, built on reclaimed land. In Fontainhas, fairy lights glitter at the bistro entrances on the roadside. As you float through the streets, you can hear the soothing sound of violins and accordions interrupted by rattling pelvis while someone beats a rhythm on the drums. The guest houses are old mansions full of carved wooden furniture, lace curtains and scents of wonderful food flowing through the open doors.

The chapel of San Sebastián in the area is a bright white with noise that crosses the street on which it is located. Built in 1818, it contains a crucifix that was in the palace of the Inquisition in Old Goa. In mid-November, the street mass in front of the chapel shows the love of life, laughter, food and Feni. He celebrates the feast of Our Lady of the Law of Livrament. Next to the chapel is a painted fountain, which should fulfill wishes!

As you drive through the winding streets of Goa, you will be amazed by the ceramic facades of the houses. It seems like the walls of the bathroom have been uncovered, but other pretty bungalows with Spanish villa designs redeem the cityscape. The Goanic architecture of churches and ancient buildings reflects the remnants of Portuguese civilization. The bungalows with loft verandas and atypical wrought iron balconies, the patios often with a ringing fountain and tiled courtyards have old world charm. The famous buildings include the famous Basilica of Bom Jesus, the Church of St. Francis, the Se Cathedral, the Church of St. Augustine, the Church of St. Anne and Mary Immaculate Conception.

Shri Mangesh Temple in the village of Mangeshi in Priol, Ponda Taluk, (near Mardol near Nagueshi) is 21 km from Panaji. This temple is one of the largest and most visited temples in Goa. The most famous and most revered singer in India, Lata Manghkar and his family, got their name from this temple. The story of this temple is part of the virulent history of Goa!

The streets of the village are populated by the seller of Vadapav, the coconuts piled in the citadels and the sellers of bananas in the light saris. When it’s the right time of the day, you see women walking on the basket with the basket swinging a tune that only they can hear. The vegetable cart rolls like an impressionistic painting in magnificent colors, with the red tomato as a highlight. Bougainvilleas of all colors climb and crawl along doors, walls and doors, and palms waft in the breeze reminiscent of the sea.

Located near the border between Goa and Karnataka, the Dudhsagar waterfalls are a wonderful sight and can easily be reached by bus and taxi.

The Dr. Salim Ali Bird Sanctuary is located near Panaji on the Mandovi River. It is a mangrove grove where amazing bird species live. Covering an area of ​​1.78 square meters, you can take a ferry and a pleasant ride early in the morning to reach the shrine.

The Bhagwan Mahavir Wildlife Sanctuary in Mollem is Goa’s largest conservation area. Therein is the National Park of Molem. The Sanctuary has many animals including Gaur, Sambar, Leopards, Spotted Deer, Thin Tori, Jungle Cats, Malaysian Giant Squirrels, Pythons and Cobras. Plan to stay a few days to see the wildlife.

Take a wonderful walk to Surla Falls and discover the deeply satisfying atmosphere of Tambdi Surla Village and Shiva Temple in the thick jungle of Bhagwan Mahavir National Park. This classic 12th century temple with its intricate structure is carved in basalt. Its timeless beauty has survived severe weather conditions, attacks from Portuguese attacks and others. Paved paths and avenue

Most Popular places in Thrissur – Cultural Capital of Kerala 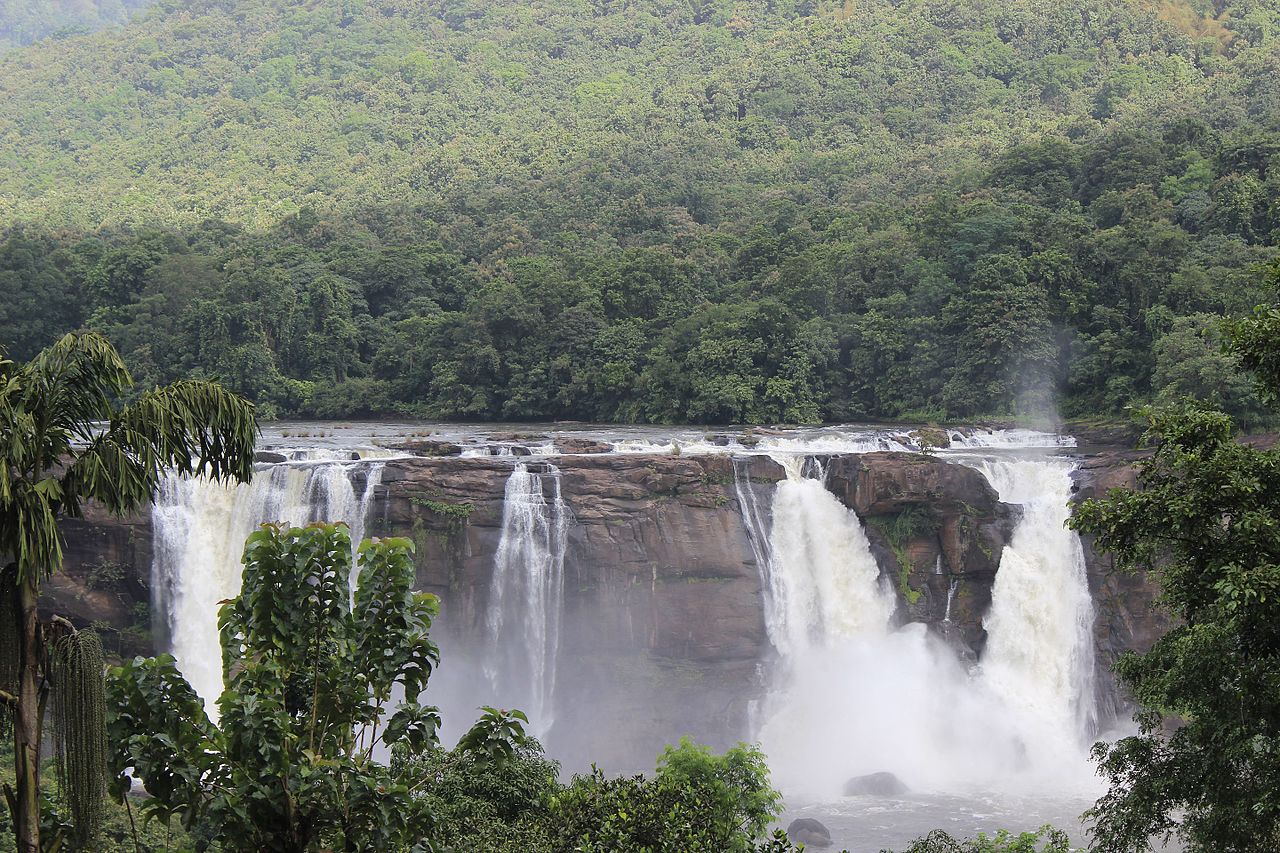 Thrissur is one of the most popular places in Kerala and is visited by tourists throughout the year. It has incredible places of heritage on a pilgrimage to nature.
Thrissur, Kerala

As you drive to the beautiful waterfalls of Athirappally, you will be overwhelmed by the scenic beauty of the surrounding countryside. A fertile landscape and winding roads through the hills, quiet hamlets, a festival of coconut and rubber plantations and babbling brooks will make you feel like being in an enchanted land!

“Enthus Guruvayurappa” is a general exclamation that can be heard throughout the world by Malayalees, the people of Kerala. The presiding Deity is worshiped in this sanctuary as Balakrishna and the image is a rare stone called Patala Anjana.

Vadakkumnathan Temple stands majestically on an elevated hill in the center of Thrissur. One of the largest and oldest temples of Shiva of Kerala is known for its beautiful murals on the walls. The Thrissur-Pooram festival, with its impressive elephant parade, powerful drum and cymbal play and magnificent fireworks make it an unforgettable experience.

Vazhachal Forest Gardens and waterfalls are a delight for nature lovers. These wooded gardens and bubbling waterfall are breathtakingly beautiful – a great place for a picnic surrounded by nature at its best. Vazhacahal is very popular with filmmakers because of its scenic environment and many film shoots are held here.

5. Basilica of Our Lady of Sorrows:

The Basilica of Our Lady of Dolours is obviously the largest and the highest church in Asia. This imposing Gothic-style church is a remarkable building with turrets on the front door, two-storey aisles along the nave and transepts, and eleven altars. The interiors are beautiful with murals depicting scenes from the scriptures and images of saints.

Chettinadu—A Community and its Cultural Heritage 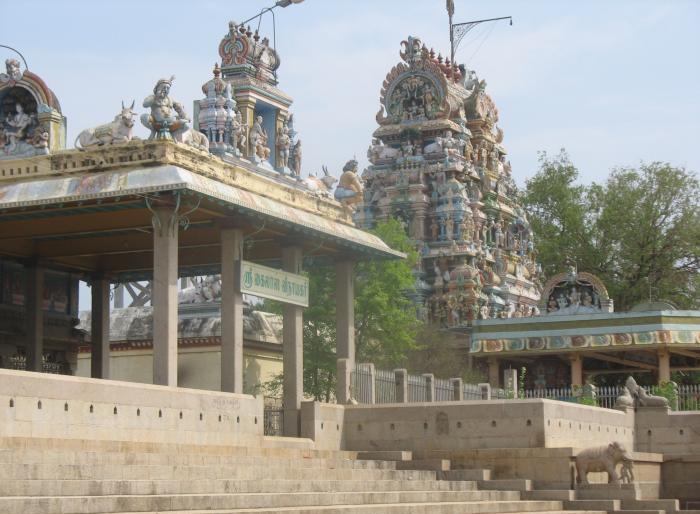 Karaikudi, the largest city in the Sivaganga district and known as the capital of Chettinad, is the ancestral home of the Chettias. This community is known for its business acumen and willingness to take great risks in trading. The Chettiars were frequent travelers and started business in Burma, Malaysia and Singapore. The men went abroad and many families stayed in the 74 villages of Chettinad.

Chettinad’s daily activities focus on temple festivals. Even the various clans of the Nagarathar community are identified after the Kovils. The connection of each clan (and temple) decides on marriage protocols within the community and marriage between members of the same temple is prohibited. The city has evolved around temples that span everything from culture and architecture to business.

Karaikudi is the name of a local plant called “Karai”. The streets of the city are lined with huge houses built by the wealthy community. Most of these ‘bangala’ (bungalows) are abandoned and do not take their lives when it’s family gatherings, ranging from birth to majority, marriage, sixtieth anniversary and death events.

The houses of the Chettiars Nattukottai or Nagarathar are huge and can accommodate many people. The houses are built between two streets, with the front door overlooking the first street and the back the second street. Starting from a central courtyard, tiny rooms with carved doors and burmese teak were imported into India by this trading community. The door frames are carved with Gajalakshmi, the goddess of wealth and you can see the kumbam (brass pot) with mango leaves on top. Scenes of Mahabharata and Ramayana are carved on its wood panels and walls.

Many bungalow entrances have a raised platform, the “Thinnai”, which was the meeting place for men and other visitors who came to the house on business. On one side are the warehouses and granaries of solid wood and on the other the billing room and further the fountain of men. Each room around the central courtyard was attributed to a bride who entered the family, where she kept all her belongings. The wealth of the head of household was demonstrated by the renovation, painting and embellishment of the main parts of the house. The huge teak columns of Burma, the decoration of walls and gables, wooden slats, murals, ornate balustrades and railings are visual delights.

Married community brought a dowry with them, which contain several numbers, 50 or 100 pieces per article needed a home, including utensils, kitchen appliances and furniture, bedding, money running and gold. Her traveling husband brought exotic plates and trinkets from their travels and all these things were kept in this small room. Objects were rarely used and should serve as a safety net. The accumulated items were used as inventory to start a business when the need arose.

The “Bangalas” were left until a few years ago. Recently, there have been efforts to revitalize these homes, and you can even stay in some of them.
Chettinad is famous for its spicy food, which is still prepared on the wood fire in the old houses. This gives the food a distinct quality. The paal paniyaram (pasta with sweet milk), the classic karakozhambu (hot and spicy curry) and a variety of poultry dishes, seafood and vegetarian dishes and a variety of tiffin is typical of this region.

Korvai Chettinad saris are unique in the use of colors. It has a striking pattern with bold stripes and stripes and a temple pattern. The art of basketry-Kottan-is also reborn in the region.

The Chettinad Museum, next to the Raja Palace, illustrates the lifestyle of the community. In the kitchen is the travel suitcase with its elaborate basket, which contains everything you need for cooking, worth a detour. Traditional jewelery and clothing, huge copper water tanks and grain silos illustrate the lifestyle of a community.

The famous Athangudi tiles were also reissued. You can see these handmade terracotta tiles that have been modeled and sun-dried in this village and the demand from urban customers is increasing. There is a local secret to make this tile.

Chettinad gypsum (currently called Madras gypsum) differs from the usual things in that it is clearly smooth and shiny. The plaster on the walls has been polished until you can see your face. There are several applications of gypsum with lime. After every half hour seven layers are applied. The worker waits for the plaster to give off water after 4 to 5 hours and rubs it with a pebble. Then the talcum powder is applied with a touch. This plaster is mainly found in several regions of the south.