India is home to over 1,200 species of birds. For ornithologists, it is a haven. Exploring various species of birds in their habitats is one way of combining travel with hobby for them. Bird watchers have an impressive list of bird sanctuaries to visit in India. The top five among them are:

Now called Keoladeo National Park, this bird sanctuary is a delight for bird watchers to visit especially in winter. Thousands of endangered and rare species of birds flock to this avifauna sanctuary in winter and the place turns into a paradise of exotic birds.

Situated along the Mandovi River in Goa, this bird sanctuary has a huge variety of local and migratory birds. Tourists who like to have a change of scene from the beaches can feast their eyes on these chirpy winged feathers like Parrots, Pelicans, Peafowls and Sparrows.

Located near the banks of Kaveri River, this bird sanctuary is around 18 kilometres from Mysore. One among the largest bird sanctuaries of India, it is a stop for some striking migratory birds including Heron, Snake Bird, Ibis, Partridge and Egret. The surrounding greenery with the river snaking along adds to the wonders of the sanctuary.

Situated in the Kottayam district on the back waters of the Vembanad Lake, the Kumarakom Bird Sanctuary primarily attracts for its lovely scenery. It converts into a seasonal home to hundreds of migratory birds. Watching the birds like cuckoo, heron, cormorant, teal, Siberian Crane and other colourful ones flock the skies during sunrise or sunrise is a sight that stuns bird lovers and other tourists alike.

Tag along with the bird watchers of your family or in your friend circles to these prized bird sanctuaries. They will love them and rest assured, you will not be far behind! 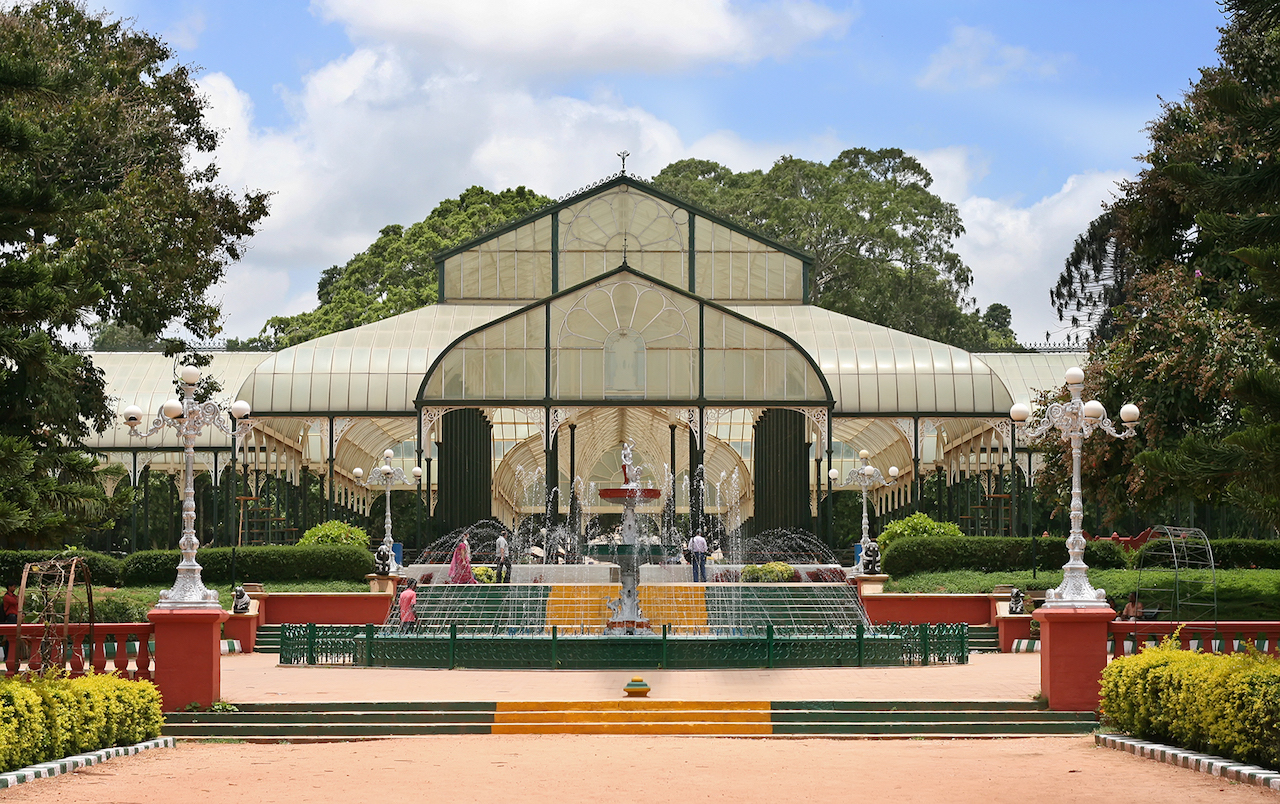 The capital city of Karnataka, Bangalore, now Bengaluru, is a mixed bag of old culture and new trends. For its various shades, it is known by several names like City of Gardens, Silicon Valley of India, Air conditioned City and Pub Capital of India. Unlike other metros, Bengaluru does not have many heritage attractions. But it does have its own fair share of tourist attractions to visit.

This famous garden was established by Hyder Ali in 1760 and developed by his son Tipu Sultan. With a centric glasshouse the park has the most variety of flowers in the world.

Named after the Commissioner of Bangalore, Sir Mark Cubbon, the park allures nature lovers, joggers and children. It has many flowering plants of some exotic varieties and a play area called Bal Bhavan.

Built by ChamarajaWodeyar in 1887, the architecture of Bangalore Palace was inspired by the Windsor Castle of England. A royal family is still in residence at the palace and visitors are allowed for a fee. The palace is very impressive with its green lawns, fortified towers and arches and lovely wood carvings.

Initially conceived and built in mud by Chikkadeva Raya, reconstructed by Hyder Ali in Indo-Islamic style and completed by Tipu Sultan, this palace is in the Bangalore Fort area. A highlight of the fort is the Hindu Temple built in the courtyard.

A landmark building of Bangalore VidhanaSoudha was built in 1954. The massive neo-Dravidan structure holds four domes in the four corners and houses many government departments besides the Legislative Chamber of Karnataka. It looks best at night in its illuminated state.

Located on Palace Road, the gallery is the third of its kind in India. Consisting of two wings, the gallery is present in a Colonial building with a garden and café in the premises.

Constructed by Kempegowda II, the scenic Ulsoor Lake is in the heart of Bangalore city. Boating facilities and a promenade make it more attractive for tourists.

One of the largest ISKCON temples in the world, this temple is in Rajajinagar, Bangalore. The temple offers a peaceful sanctum for people who want to spend some quiet hours of meditation. It promotes spiritual learning and Vedic culture.

Established recently in 2008, the Innovative Film City is around 40 kilometres from the heart of the city and is spread over 50 acres. It is a landmark attraction for theme parks. 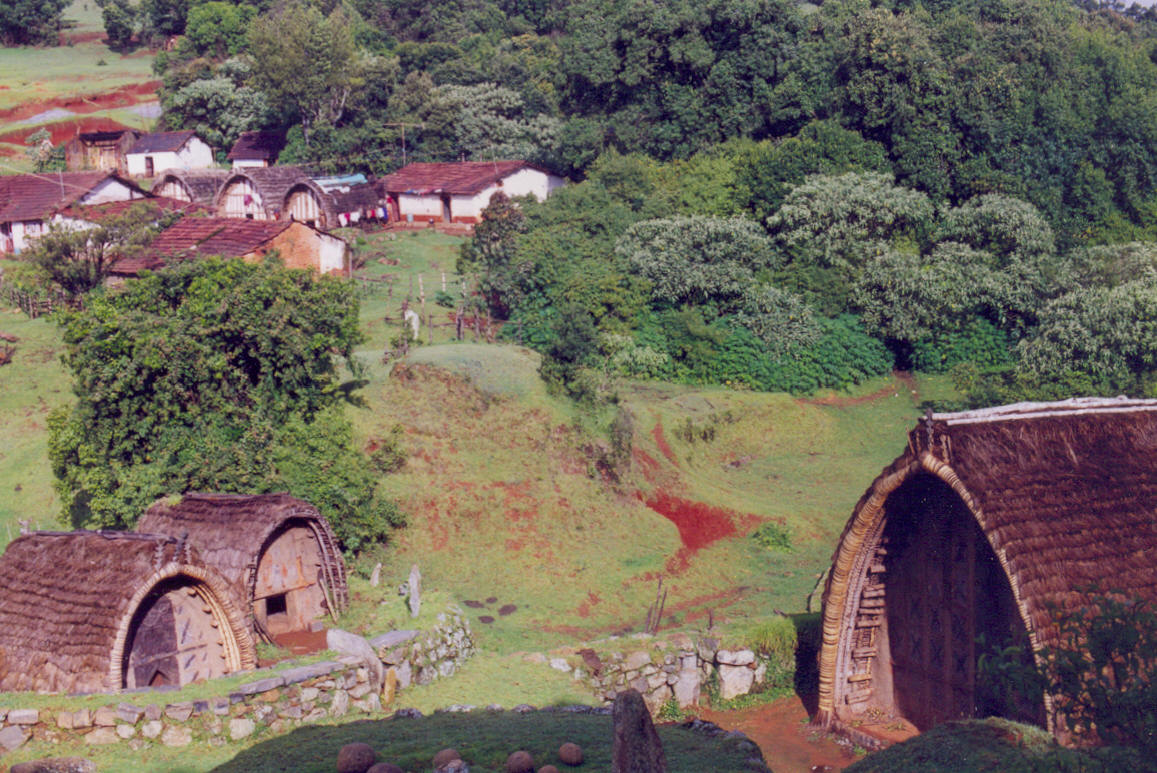 Ooty is on almost every South Indian travel list of hill stations. Several of them may have visited it many times over. But here are some best locations that you should not miss out.

In an isolated part of the Nilgiri plateau the Toda Hills run into miles of green slopes. The Toda tribe resides here. They follow an interesting culture and are famous for their ‘doglas’ which are their homes. These unique structures are in the shape of half-barrels and located along the slopes of the Toda Hill. The people of the tribe herd buffalos and design intricate embroidery.

A UNESCO site, the Ooty Mountain Railways run a toy train from Ooty to Mettupalyam. The journey in this vintage train is unforgettable and the scenic sights of nature along the way breath-taking.

Located around 19 kilometres from Ooty, the Pykara River is mesmerizing. The Toda tribe hold the river in reverence and the area surrounding it is rife with wildlife. The beautiful river flows down as Pykara falls.

Prior permission from forest officials is necessary to visit the Porthimund Lake as it forms part of a reserve forest. This picturesque place gained more popularity through the movie Roja.

Another attraction situated in the forest reserve, Parsons Valley can be called a hidden gem. This valley is the main source of water supply to Ooty. With prior permission house stay option in this picture perfect jungle is available.

Built to protect the Nilgiri Tahr, this National Park is the first international Biosphere Reserve in India. The park is on the mountain ranges of the Western Ghats and is indeed a must visit.

Earning the name from its green waters the lake reflects the surrounding lush green reserve forests. The lake winding in between the forests is a sight you will not want to miss. Climb up the dam close by and get ready to be bowled over by the vast expanse of natural beauty.

A few miles from Emerald Lake is another natural beauty, the Avalanche Lake. It runs between miles of sloping grasslands and tall forest trees and is a sight to behold.

Re-visit Ooty if you have missed out on all these beautiful locations. Be ready to let Ooty charm you all over again.