The Best Nightlife in Belgrade 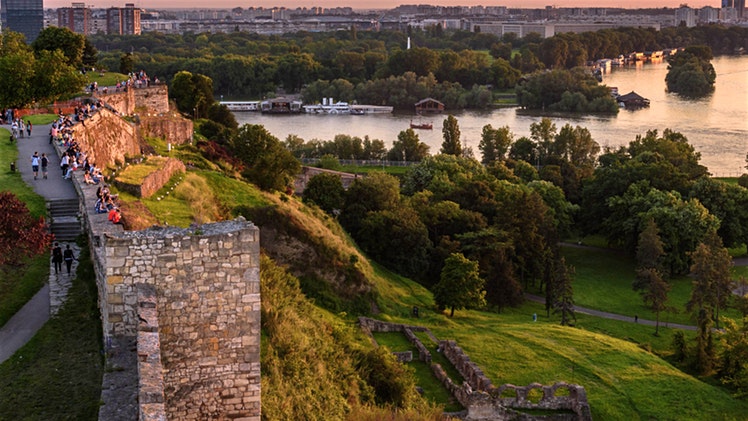 Belgrade’s nightlife is one of the best that Western Europe has to offer. It stands out from all the cities of the Balkans for its clubbing and bar-hopping. Here is our guide to the best nightlife in Belgrade.

As you may know, Serbia’s capital has gained a fair amount of name and fame as a hard-partying hotspot. This place is now touted as “the New Berlin” due to its roaring nightlife, extremely cheap prices (as per the European standards) and general shabbiness. While the direct comparison with Berlin can be a bit exaggerated, its nightlife is enough to put the nearby capitals to shame.

You will have to look out as far as Leipzig or Athens to find a place better than this where you can booze and test your eardrums with battering loud music. So, let us some of the best places to experience the extravagant nightlife of this city.

1. KC Grad- This place was a former military barrack which has now been transformed into a multi-purpose cultural center. This place is run as an EU pet project that organizes everything from art shows to debate panels. Situate in the heart of Savamala, this place is often credited for changing the area’s demographic over the last half-decade or so. It functions as a club for most weekends and its perfect location makes it a reliable starting point for a town which boasts high of its nightlife.

2. Mladost/Ludost- Located just around the corner from KC Grad, this place is actually two different venues, fused into one. The former one is a bar where you can set lose your drinking inhibitions while the later serves as a club with dance floor where you can stumble once you get sufficiently inebriated. This place is more famous top serve fashionable crowd rather than hardcore clubbers. You get an awesome ambiance from its exposed brickwork, raw concrete walls and steel bars that embedded deep into the ceiling giving it a more post-industrial look.

3. Wats– Wats is an acronym for “We Are The Shit” which is located on the top floor of a nondescript shopping center. This place was founded by Zeleni Venac and is the unofficial epicenter of the town. This place is small in size but big in intimacy. Its owners have made sure to give it a look that can create a house party vibe by surrounding the DJ booths with sofas and stacking a bookcase which is full of vinyl. One can see through the large glass windows stretching from one end of the elongated bar to the other.

4. 20/44– This place is located on the opposite side of river Savamala and on the northern side of Branko’s bridge which connects the old town to the brutal urban suburbs of New Belgrade. This place is well regarded as the ‘jewel in the city’s crown’. This place derives its name from the lines of latitudes and longitudes that exactly cross its location. This place is also referred to as ‘the boat’ because of the fact that it actually floats atop a barge (known locally as splav).