FIVE PLACES TO TRY OUT SEA STACK CLIMBING IN IRELAND 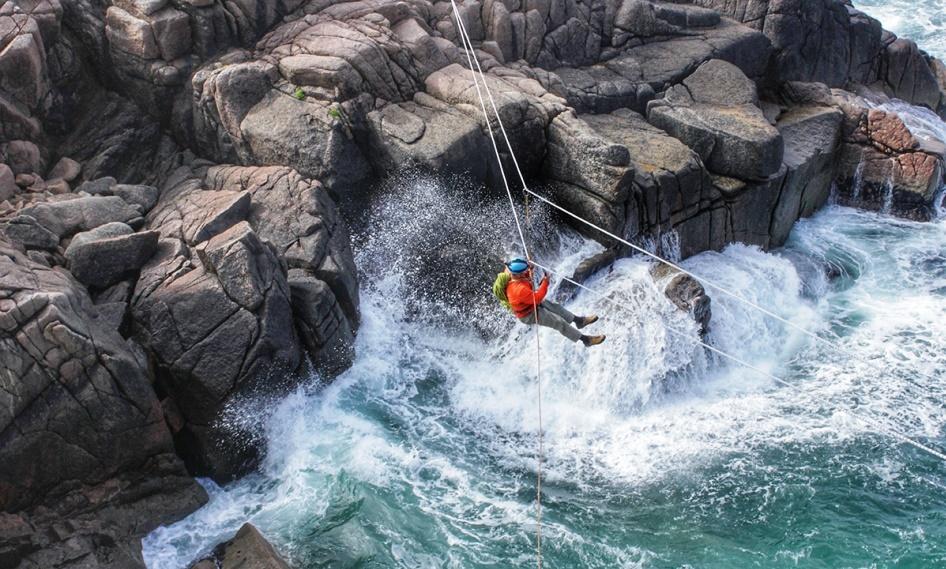 Ireland is such a beautiful country. Full of rolling hills and forests, it is one of the most popular tourist destinations. And while it is home to many beauties and has a host of activities that are inviting to the usual tourists, a lot of adventure junkies travel here each year looking to feel the thrill of one quite extreme sport that is known as sea stack climbing.

Sea Stacks are called so because they are staggeringly tall and huge cliff-like structures that have indentations on them, like stacks of paper or files but, somehow, much more inviting. And they rise straight out of the sea, waves crashing and curling around their thick bases. Climbing is often considered dangerous and is, hence, even illegal in many places in the world. But if you’re an adventure seeker in Ireland, you’re in luck. Ireland is known for its collection of majestic and terrifying sea stacks, rising straight out of the surface of the sea and making our hearts call for adventure.

So, here are five places in Ireland you can go to if you love or want to try out Sea Stack Climbing:

At the turn of the road at An Port stand four looming figures. The Berg stack faces South and towards the Sturral Headland.

All four stacks can be reached using one launching pad. From An Port, climbers need to head south using a coastal path. After about 600 meters, which involves crossing two different bridges, one needs to leave the well-beaten path and head sea-ward. This will lead you to an angled slope that’s not very steep and overlooks the Vertical Picnic stack and the Berg Stack. Climb down to the platforms at sea level, specifically the one that faces Berg. It should be easy to recognize considering that it has a couple of sharp grooves running up its northern side.

Ends of the Earth Stack

Much like its name suggests, this twenty meters stack sits serenely in one of the quietest and most remote areas of Ireland. The moment you step foot here, the majesty of the land hits you. It is as if you and your travel partner(s) are the only people on the planet and somehow it’s not terrifying at all but exceedingly calming. Located to the north of Glenlough Bay, the Ends of the Earth stack looms at a staggering three hundred meters away from the mainland. Not far from this devilishly beautiful stack are Glenlough Bay, Tormore Island and the northern stretches of the Slievetooey Peninsula. At the base of this giant, the tidal streams from north-west and south crash into foaming white salt waves, the sight both violent and breath-taking at the same time.

Glenlough Bay is tucked into the nook of another very remote location in Ireland. A meandering twenty-kilometre trail leads you 3 kilometres away from An Port and to that which can be termed Ireland’s final stretch of wild, wild greatness. Along the length of the entire sea coast, the surface of the churning sea is broken by a collection of sea stacks and cliffs, all of which are fantastic for climbing.

In the outer edges of the Slievetooey Massif and in southwestern Donegal, this island is a whopping 148 meters in height and is definitely Ireland’s tallest sea stack. It rears its head over the flurry of skerries and sea stacks that have often been termed Land of the Giants. This no rag-tag bunch of stacks are Cnoc na Mara and the Cobblers Tower. This giant among giants is pretty dangerous to get to. If you are going for the nautical way there, you will need an expert guide with you, for the way will take you twisting and turning among a maze of skerries and islands, some of them lurking in the quiet depths, ready to welcome any amateur into their chilly embrace. But, once you brave all these terrors, the sight that awaits you at the top will make all the effort seem more than worth it.

Considering how popular Cnoc na Mara is with climbers, you could say that we saved the best for the last. Cnoc na Mara can easily be called the most popular destination for sea stack climbers. It has an almost vertical climb, sometimes considered too steep for beginners.
If you are coming here by boat, remember that it’s about 150 meters away from the mainland.
There are some things that you need to remember before you decide to climb this stack. The winds can get very harsh and make climbing extremely difficult so you must remember to confirm the weather conditions beforehand. The grassier side is also a big no-no. It is too steep to climb and the winds make it nigh on impossible to attempt a climb.

Tip: Try and use about five dozen half a meter ropes to climb this stack.