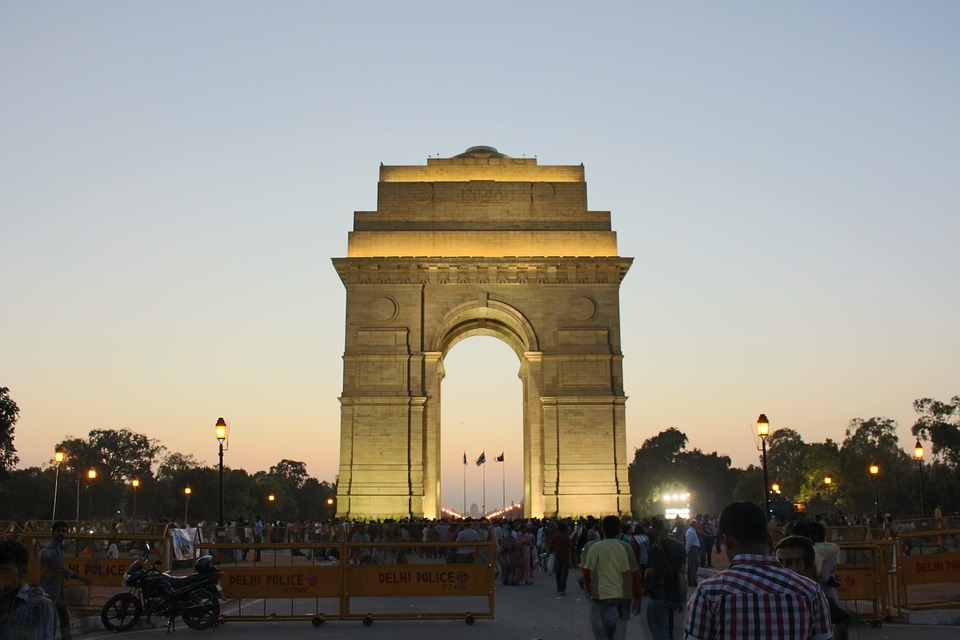 Delhi took over as the capital of India from Calcutta in 1911. The British spent about 20 years to build the city which was designed at the hands of the remarkable architects of those times, Sir Edwin Lutyens and Herbert Baker. The result of their persevering hard work is seen even today. The outstanding spacious avenues lined by trees and the remarkable government buildings speak volumes about the innovative architectural skills of the Brits. Many of these buildings are used in an official capacity by the Government of India. Some of these colonial monuments are:

Designed by Sir Edwin Lutyers, India Gate was built to commemorate 70,000 Indian soldiers who were part of the British Army and died in fighting during the First World War. Currently it serves as a tomb for unknown soldiers of the Indian Armed Forces who have lost their lives in wars. An eternal flame known as ‘Amar JawanJyothi’ is kept burning for these brave hearts.

With influences of Mughal and Rajasthani styles, the Secretariat Building displays Indo-Saracenic revival architecture. It has two blocks of proportioned buildings which border the Rashtrapathi Bhavan.

This building is a massive construction with 340 rooms and four floors. Residence of the British Viceroy it now serves as the official home to the President of India. The house has a beautiful Mughal Garden in its backyard.

Accommodating the two houses of parliament, the Parliament House is a striking circular building. It also houses several committee rooms, ministerial offices and a magnificent library. Built in 1921 in a circular shape resembling the Ashoka Chakra, the Sansad Bhavan is the house of the Parliament of India. Another architectural wonder by Sir Edwin Lutyens and Herbert Baker, the SansadBhavan has a large garden bordered with sandstone railings that is designed to replicate the Stupa of Sanchi.

These living testaments to the colonial architecture skills continue to impress and awe.