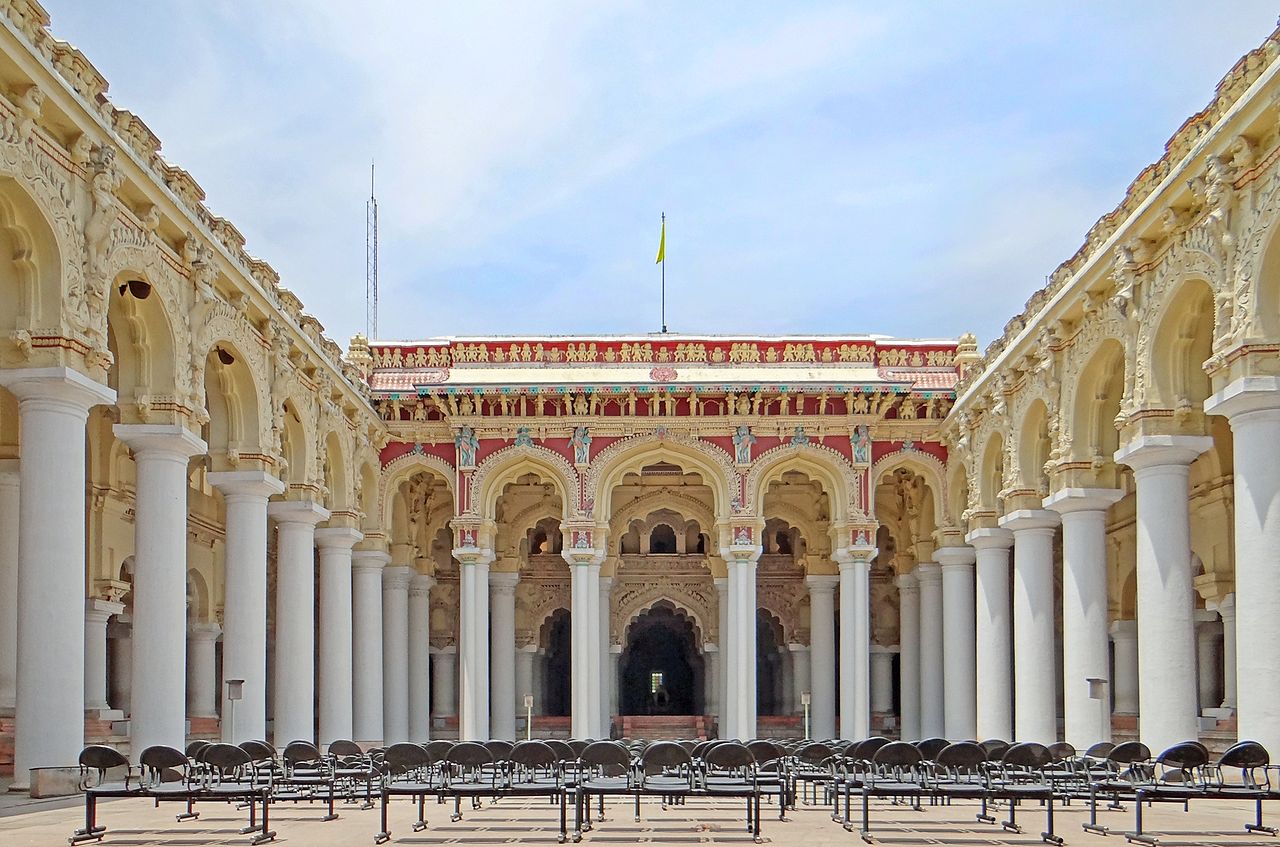 Tamil Nadu has several Pandyas, Cholas, Cheras and Pallavas dynasties. It is a natural destination of the palaces which constitute an important part of the tourist attractions of Tamil Nadu.

Visit some of these palaces to experience the kingship of these kingdoms.

Sivaganga Palace, also known as Gowri Vilasam, is located in Sivaganga District, about 40 kilometers from Madurai. Built in the 1730s, the palace was the royal residence of the Marava kings. The Raja Rajeshwari is a sanctified Raja Rajeshwari temple, which stood as a deity of the royal family inside the palace and is accessible to tourists. A hall with huge columns, litter and a Nadai Kinaru, a miniature pool built for the women of the palace, are also on display.

Built by Tirumalai Nayakar, this palace is about two kilometers from Madurai Meenakshi Temple. It’s in the Indo-Saracen style. A highlight for palace visitors is a light and sound show that tells the story of Tirumalai Nayakar and Silapathikaram.

Tanjavur was the capital of Cholas. The palace of Tanjavur was the royal house of the Cholas and later the Tanjavur Nayaks and also the ruler of Maratha. The three kingdoms have left their mark on the palace, which is a fascinating part of the palace tour. With two towers, huge halls, wide corridors and a shady courtyard with a museum, art gallery and music hall called Sangeetha Mahal.

Padmanabhapuram Palace was built in Kanyakumari in 1601 by the leaders of Travancore. See a mix of Kerala style architecture, the Palace of the Queen’s Palace, the South Palace and the Council Chamber.

The Chettinad Palace in Karaikudi, a royal house of the Chettiyars, is an exquisite monument to the architecture of Chettinad. Built by Dr. med. Annamalai Chettiyar, the palace is about 110 years old. He used materials, decoration and furniture mainly from East Asian countries and Europe. Opulence can be seen in every corner of this majestic palace; Italian marble, teak and candlesticks from Burma, crystals from Europe, mirrors from Belgium and Indonesian dishes. The Chettinad Palace is really a spectacular sight.