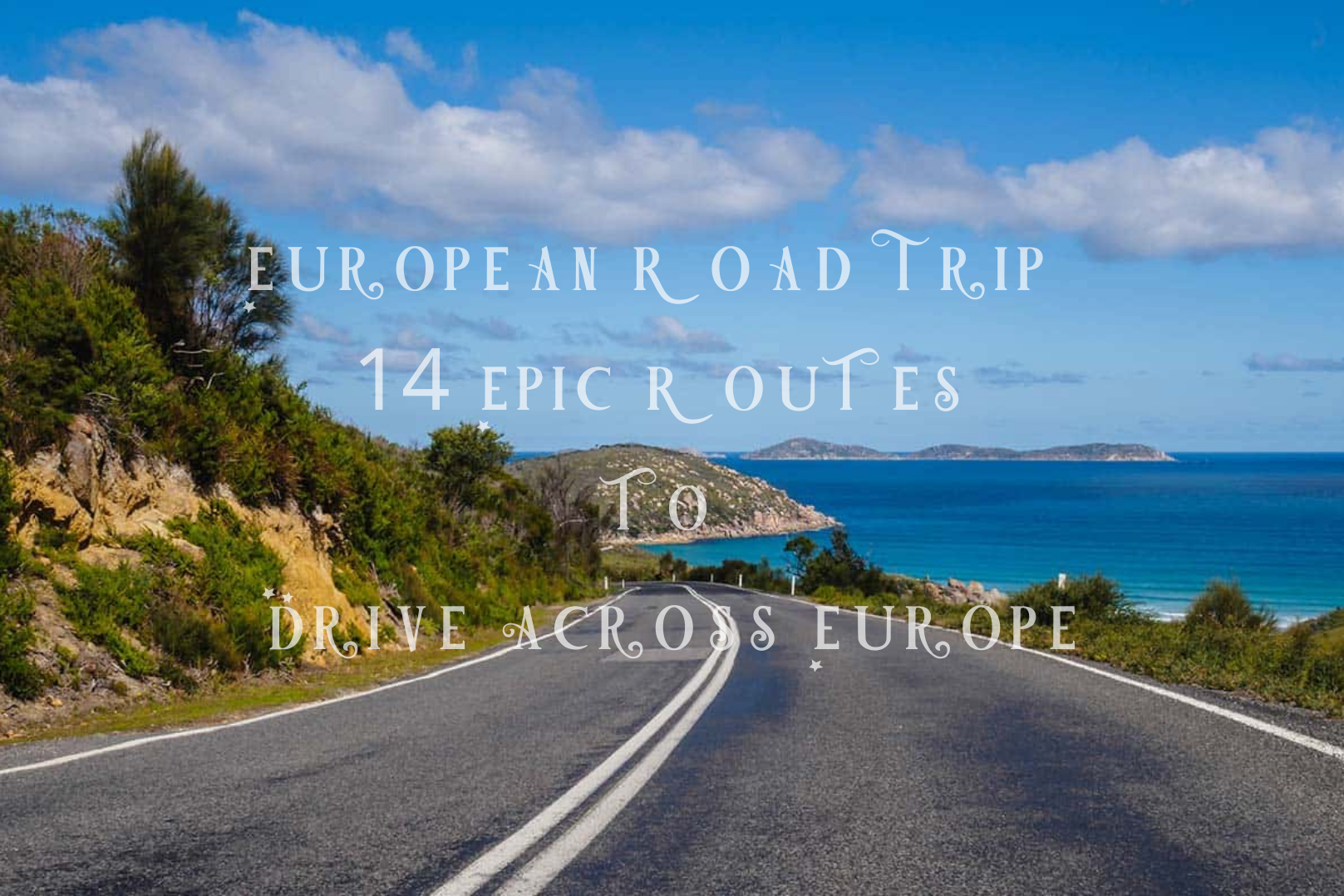 Europe may almost share a common religion, but culturally they are as diversified as the other parts of the world. Along with their religious places of worship, the buildings and other structures are more unique than typical. Food habits differ to a large extent, and that includes ethnic wear. Such a situation would only warrant exclusive European Road Trip to the entire Europe; and to each region and absorb the beautiful landscapes and cultural heritage. END_OF_DOCUMENT_TOKEN_TO_BE_REPLACED

Scotland is best known for its natural scenic beauty as well as landscapes which are graced with magnificent castles. As per the estimation, there are approximately 4000 castles and all of these still look amazing. Therefore a decision to make a road trip to Scotland to view its entire splendor becomes one of necessity.

There are many options for Scotland road trips for you, as tourism companies are many to render you the service. The other option is always there to do it as per your convenience. When that decision to carry on your own is made, the thrill goes up by leap and bounds. With Scotland to be covered to the maximum extent possible, you have to choose the ideal Scotland road trip for the classic road trip lover that is known as the Scotland road trip route 66.

Many people believe that North Coast 500 is the best one. Since it cuts across 500 miles +of Scottish Highlands. It is a trip that would span between 5-7 days, and the driving time every day would not be less than 13 and a half hours as we tour Scotland by car. If ever you desire to see jaw-dropping sights, now is the chance. It is best to describe every day you are on a road trip to make the best decision. END_OF_DOCUMENT_TOKEN_TO_BE_REPLACED

Respecting the old adage ‘when in Rome, do as the Romans do’, while on the islands, the rest of India is referred to as ‘mainland’. Apart from Hindi which is widely spoken, broken Tamil and Bengali will get you by too; it is from Tamil Nadu and West Bengal that the majority of the present day locals originate.

For those of you more than used to the jagged rock of the west coast or rough surf of the east, the beaches of the Andamans are like being transported to a parallel universe. Just taking in the view as you walk into one of the hundred thousand beach shores for the first time is a transcendental experience, much like a dream from which you don’t want to be awoken.

If you thought all those clichéd descriptions of white sandy beaches and blue waters were over-rated, think again. Often you wind up being the only person on vast stretches of uninhabited beach, making you feel like you have entire islands to yourself!

With multifaceted landscapes of coral garden, mangrove, sand strewn beaches and dense jungle – the Andaman and Nicobar Islands contribute more than their fair share to the spectrum of habitats that thrive in India.

Travel to the islands from the mainland is mostly done from the ports of Chennai or Calcutta (Kolkata). You do have the choice between ship and plane though word of mouth renders the former a non-option on account of the dismal conditions on board.

The journey by ship will take more than a couple of days and while you can choose from a range of classes while booking your tickets, the ‘Deluxe’ class, which enjoys the highest premium, will cost you as much as a medium priced flight.

When it comes to booking flights to the Andamans, a bit of planning will take you a long way. We say this because it is best to be able to pounce on the many discounts and mega sales from airline portals during the short span in which they are offered. It would be even better if you put yourself on ‘alert lists’ where you will be notified when prices of flight tickets to and from Port Blair drops. Employing all of these methods and with a little luck, you should be able to book a Chennai-Port Blair return from anywhere between 4000-8000 INR.

That said, no matter how good the discount, it is not recommended that you take a chance on visiting the islands off season (season: October-April/May). The incessant near-cyclonic tropical monsoon of these islands will have you strapped down to one spot as the rains often throw ferry schedules off track, among other things.

The Andaman and Nicobar Islands have only one major airport at Port Blair. Once out of the small airport and into bright sunshine and winding roads of this tiny island town, you should make immediate arrangements by ferry (public or private) to reach your first and next destination.

The most popular island for tourists is Havelock to which many public and private boats ferry enthusiastic visitors. All of 13 kilometers square and neighbored by the equally popular Neil Island, there is a lot to do and see while here. Taking luxurious swims in the pristine blue waters of the world famous Radhanagar, early morning treks to Elephant Beach, discovering the hundreds of snorkeling locations or enjoying a delicious meal at one of the many beach-type shack restaurants are only naming a few.

If the duration of your holiday totals to longer than a week, then it would be a crying shame to spend more than three days on Havelock. We say this because a minimum of ten days lends a traveler a fair amount of time to be able to get a taste of more than just what’s popular in the Andamans. On the other hand, if you have only a couple of days at your disposal, stay put at Neil and Havelock and surrender yourself to the persuasions of the utterly luxurious pace at which time moves.

You will be hopping on and off a number of ferries as they are the main means of transport around the islands. Booking ferries is drummed up to be a Herculean task, but it isn’t so. You are sure to be approached by a number of brokers and/or package tour dealers; though enticing, bear in mind that booking a ferry is not as difficult as they make it seem and with patience, it really only takes one try before you get the hang of it.

Depending on where you have to go, duration of travel and availability of ferries – ferries to most islands can be booked from the multiple jetties in Port Blair and you will be spending a lot of time here while doing so. While you are forced to spend time waiting for ferries in Port Blair (especially for those traveling over long periods of time), there are a number of one or half-day activities to keep you occupied (Ross Island, Mahatma Gandhi Marine National Park, Jolly Buoy, Chidiyatapu etc). However, in terms of showcasing the essence of the islands, these barely make a dent.

This is the primary reason why we recommend that you spend as little time as possible in Port Blair. You will quickly learn that Port Blair is not your regular thriving metropolis so much so that it is difficult to find a good restaurant serving dinner beyond 9pm. Another recommendation is to prioritize the government/public ferries over the privately run outfits as the latter are infamous for not adhering to safety protocols, a negligence that has often culminated in fatal accidents.

The ferry rides can be grimy and sweaty, especially in the mid-afternoon, heat but if you manage to break away from the crowd and escape to the deck in front of where the captain steers the boat, the sea breeze will blow you away. Surging ahead into miles of uncharted ocean, this is an unbelievably glorious spot to unwind.

Our personal recommendation would certainly be to travel and see as much of the islands as you can. Diglipur and Mayabundar are places in the north that demand an overnight journey at the least, but are teeming with endemic flora and fauna just the same. Little Andaman to the south, between Andaman and Nicobar, is easily one of the most phenomenal places on earth. This secluded island generously offers its golden sand beaches to the few tourists who make the long journey to it. The waterfalls and creeks of this island are hauntingly beautiful and Kala Pathar is also nearby.

Foreigners with an Indian visa need a permit to travel to the Andamans; this can be procured from immigration authorities on arrival in Port Blair (as well as from Indian Mission Overseas; Foreigner’s Registration Office or Immigration Authorities at Delhi, Mumbai, Kolkata, Chennai). These permits lapse within a period of 30 days after which they can be extended, with permission, by a fortnight. Be a hundred percent sure of your arrangements to exit the islands in time with the deadline on your permit as the internal security in the islands run a tight show, not hesitating to take severe action against overstaying defaulters. This permission comes with a list of places where foreigners are permitted to halt overnight as well as those where they can’t. The Nicobar group of islands is off limits for foreigners as well as Indian nationals alike.

Whether it is the crisp ocean breeze or the appetite you work up by trekking and swimming, it doesn’t matter, for the food on the islands is top notch. An eclectic mix of local tastes with tourist preferences, Havelock especially offers the best with seafood being the obvious specialty. Restaurant and accommodation choices on Havelock are a long list to choose from, suiting a range of tastes and budgets.

While Havelock has recently installed a couple of ATMS, most other islands still don’t have this option. Make sure to carry sufficient cash before boarding your ferry to an island hundreds of nautical miles away. Also, ensure that your ferry does not arrive on an island after sunset or before sunrise as local transport and finding accommodation at an unearthly hour are risks to be avoided.

The vibe at Havelock is a strange but wonderful combination of easy going and energetic. Walking along its main street, you will see a number of dive shops. Step in to any one to be immersed in the obsessive dive culture that will quite easily seduce you. Snorkeling and scuba diving are arguably the best way to experience the phenomenal beauty of the Andaman Islands.

Consider these as mere pointers, a nudge to start you off in the direction of the forgotten paradise of the Andamans – because the most unforgettable experiences we’ve had in the Andamans cannot be described; words barely do justice to this profoundly moving experience of nature’s bounty.